The natural feature most obvious to the visitor is of course the Marine Park. 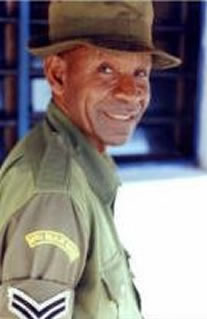 The Park was created in 1968 and is part of the far larger Malindi - Watamu Marine Reserve, which includes Mida Creek. The Marine Park extends from Blue Lagoon in the North to Whale Island in the South and is mainly a lagoon habitat with depths in the central channel up to 6 metres, and some isolated holes by the Turtle Reef up to 12 metres. Fishing is totally banned in the Park.

Over 100 species of hard coral have been identified but there are relatively few soft corals due to a combination of wave action and turbulence in the shallow water. Most easily recognizable are the Mushroom corals (Porites) which occur upto 4 metres in diameter. These are often heavily grazed by Parrotfish, as can be seen by scratches on the coral surface.

Corals are more prolific in the deeper waters of the Southern half of the Park, due to sedimentation in the more enclosed Northern end. It is natural therefore that a greater variety of fish are found there also.

The most spectacular area for goggling is around the Coral Gardens, where species of Surgeonfish, Snappers, Parrotfish, Angelfish, Pufferfish, Butterfly fish, Triggerfish and many, many others offer an unbelievable display of variety and colour. Several types for Ray and occasionally young (and harmless!) Sharks can also be seen.

There are many operators of glass-bottomed boats to take you goggling, usually to the Coral Gardens. For confident swimmers, goggling can be undertaken direct from the beach, but beware of tidal currents, especially near the entrance to Mida Creek.

Scuba diving, available at Turtle Bay Beach Club, is very accessible with the outer reef being only 10 minutes boat ride. Over 1000 fish species have been identified and it is recognized as one of the richest marine areas in the world. Fees for entry into the Marine Park are payable to the KWS. The Park Regulations are prominently displayed in various locations - please observe them.

Many other species inhabit the margins of the mangrove forests, such as the Great White Egret, Little Egret, Pied Kingfisher and if you are lucky you may even see the spectacular Malachite Kingfisher. The Osprey and the African Fish Eagle, with its distinctive cry, are often overhead. Other species such as the raucous Hadada Ibis and the beautiful Carmine Bee-eater roost in the mangroves at night.

The mangrove forests themselves are also fascinating. Mangroves occur in sheltered creeks and estuaries where there is a fresh water source. In Mida Creek there are six species of mangrove, which include the impressively stilt-rooted Rhizophora mucronata in the intertidal zone and Avicennia marina with its gnarled trunks and short aerial roots at the muddy inshore margins. A good place to see the various species of mangrove is along the KWS boardwalk on Sudi Island.

In the area of the KWS boardwalk it is also possible to see six of different types of crab which inhabit the mangroves. Pick up one of the conical shells which abound and look inside - you may find a Hermit crab. The white crabs in sandy areas are "ghost" crabs, the small blue/grey crabs in colonies just below high water (look for the crabs in colonies just below high water (look for the casts by the holes) are "Money" crabs, and the fat red fellows are known as "Sally Lightfoots"! Out on the mud flats you will find Fidller crabs, living their aggressive lives in colonies that are either left - or right - clawed, whilst deep under the roots you may see the large holes of the understandably shy edible Mud crab. Along the water's edge can also be seen the amphibious Mud-skippers.

There are a number of private boat operators and several hotels which offer trips into Mida Creek and the KWS entrance fee is payable. Access to the mud flats can, however, be made from the Mombasa Road, 5 kilometres west of the Gede junction, which is excellent for either bird-spotting or simply enjoying a beautiful view in the late afternoon.

Gede was one of the ancient Arab towns which dotted the East African coast. It dates from the late 13th or early 14th century and was finally abandoned in the early 17th century. At its peak of prosperity Gede had a population of over 2500 people.

The Gede Ruins gained the status of Historical Monument in 1927 and much excavation and preservation work has been carried out over the years so that large areas of the town, especially within the inner walls, are now revealed. Surviving ruins at Gede include the Great Mosque, the Palace, residential houses and several pillar tombs.

Baobabs occur naturally and some 30 species of trees are labeled around this pleasantly shaded walk, where butterflies, birds and occasionally small mammals can be seen.

From more recent times two other sites are of interest. The local Giriama people have sacred shrines at Dabasso Rock and at Kalulu Caves. Although visitors are welcomed at these sites, it is essential to go with a guide/interpreter and to observe and respect local customs, as these places are still used for certain ceremonies and are held in great esteem

The Kipepeo Project is a small community based butterfly farm that exports pupae to Europe and the United States for use in live butterfly exhibits. It started in 1994 and is based near the entrance to the Gede Ruins.

The 150 community butterfly farmers are made up of local families that live adjacent to the Eastern border of the Arabuko Sokoke Forest. They have a licence to collect butterflies in the Forest which are then used as breeding stock for rearing the pupae at their own homes. Many of the food plants necessary for feeding the caterpillars come from the forest edge, which have to be collected on a daily basis. The pupae, which form after about 3 weeks, are sold to the Project, which collectively exports them overseas.

At the Gede Project base, breeding and research are also carried out to try to maintain effective exports all the year round.

The Project is open to the public, where they can see the rearing procedure, and a visitor centre with displays and information clearly illustrates the work being carried our. There is a large flight cage to wander through and see at close range a selection of Arabuko Sokoke butterflies.

Butterfly numbers fluctuate with the seasons, and the rains usually bring about spectacular population explosions. The Forest boasts approximately 260 species of butterfly, but the Kipepeo Project concentrates on breeding around 30 of the most common species for export.

It is hoped that as the local community benefit directly from the biodiversity of the forest they will be supportive of its conservation for future generations. The Kipepeo Project is administered by the East African natural history Society in partnership with the National Museums of Kenya.

Bio-Ken is a research centre, which deals with reptiles, especially snakes and snake-bite. Located less than 5 minutes drive from the hotels in Watamu it houses the largest collection of Snakes in East Africa and is open to the public.

Bio-Ken milks snakes for medical research and for the preparation of anti-venom. It provides anti-venom treatment to victims of poisonous snake-bite and, with the help of the Watamu anti-venom fund, provides it free of charge to those unable to afford it.

Bio-ken also offers a free `remove-a-snake' service for people in the Watamu and surrounding area. Any snakes removed from a property are relocated in to the wild or brought back to the farm for study, depending on the species.

There is a wide range of venomous and non-venomous snakes at the farm. Visitors are welcome to look around the farm in the hope that people will become more familiar with snakes.

Bio-ken is a research centre dealing with the study of reptiles mainly in Kenya and the neighbouring East African countries. Bio-Ken holds biannual snake-bite seminars which are attended by experts from all over the world. Bio-Ken is promoting an educational scheme to teach people the correct procedures when faced with a snake-bite, the importance of snakes and why they should not necessarily be killed on sight. Bio-Ken hosts regular informative snake shows for tourists at nearby hotels. They also organise different snake safaris for the more interested, to show some of Kenya's snakes and reptiles in their natural habitat.

As you drive around between Watamu and Gede, it is possible to see Coconuts, Mangoes, Cashew and Kapok growing inmost shambas (small farms). Another common tree is evergreen Neem tree, which was introduced to the Kenya coast centuries ago and has become naturalized and is valued for its medicinal and wood properties (look out for the attractive bent-wood furniture made from its coppiced shoots at Gede village). The Casuarina is naturally a beach crest tree, but has been widely planted for use as building poles.

Despite being quite a populated area, over 100 species of bird are found in the cultivated gardens, shambas and bush. Commonly seen overhead is the Black Kite, whilst the Common Bulbul, White -Browed Coucal and Speckled Mousebird can be seen scuffiggling in the undergrowth. Bright yellow Canaries and Golden Palm Weavers flash in the bush whilst the Lizard Buzzard and the Lilac Breasted Roller are often perched on poles and wires.

European settlers introduced many colourful species of plant such as Bougainvillea, Frangipani, Hibiscus, Allamanda and Oleander which are commonly seen around the hotels and in private gardens. The natural vegetation along the sandy beach crest of the main Watamu beach is extremely important in preventing erosion of the sand dunes. Tough grasses and sedges bind the sand, together with the trailing Beach Morning Glory and hardy shrubs. Many fruits and seeds can be found in the tidal wrack, having drifted on the ocean currents in the Indo-Pacific region, and some of these germinate to become part of the beach crest fringe and dune forest.

Do you like more information about Watamu? Take it from Watamu smooth guide, available at the hotel.

This area is reserved for our staff. By logging in here they can keep up to date with whats happening.